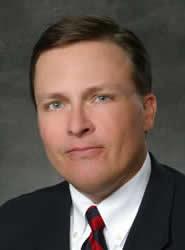 Scott Day Freeman was appointed to the Commission by Kirk Adams, Speaker of the Arizona House of Representatives.

An Arizona native, Scott earned a Bachelor of Science in Aerospace Engineering from the University of Arizona where he was elected to membership in the Tau Beta Pi national engineering honorary. Scott earned his Juris Doctor from Arizona State University where he was a legal writing instructor, the Executive Managing Editor of the Arizona State Law Journal, and an editor of Jurimetrics Journal.

As a Director at the law firm of Fennemore Craig, P.C., Scott's legal practice focuses on commercial litigation and products liability defense. He is a member of his firm's Business and Personal Injury Tort Group. Professionally, Scott serves on the Board of Directors of the Arizona Association of Defense Counsel and is a contributing editor of the Tort Law Desk Reference and the e-Common Defense newsletter. Scott is a Federalist Society member, having been an officer of the Las Vegas chapter.

Before his appointment, Scott served for several years on the Board of Directors of Rosie's House -- A Music Academy for Children and was Chairman of the organization's summer fundraiser. He is also a former Chancellor of the Barry M. Goldwater chapter of the Sons of the American Revolution.

Scott and his wife Laura, also a lawyer, live in Phoenix and are raising four young children.